Fidel is a CEO from a company named Omnicron in the eye of the hurricane when, while he was having sex with his secretary on his office, he suddenly suffers of “penis captivus” and is trapped, unable to withdraw of her. The arrival of a medical team to take from there to the hospital is turned in a video viral by some office workers, and he’s fired by the company, being rejected too by his girlfriend and adoptive family. Missing from the public eye, a year later Fidel decides to meet his biological mother to rebuild his life, who gave him for adoption after his birth. Going to the hotel where Virginia works as cleaner woman to meet her in the bar, Fidel is bullied by a waiter who was a former intern of his own, causing his rage. Arriving at the bar, Virginia finds a furious Fidel going away from there, and she tries to stop him. Desperate and frustrate, Fidel tries commit suicide throwing himself to a bus, hitting violently and falling to the sidewalk. In the hospital Virginia learns 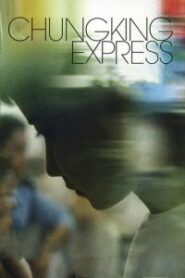